Early September my daughter decided she wanted to be a toilet for Halloween.

Specifically a toilet where her head came out of the bowl.

When she was still asking when I would be making her toilet costume a month later I decided it was time to start.

First attempt was with cardboard which was met with a solid NO!

Instead I used a 20″ x 20″ pillow form, 1″ foam and my favourite costume material, polar fleece, for a lightweight but warm and rain resistant costume. 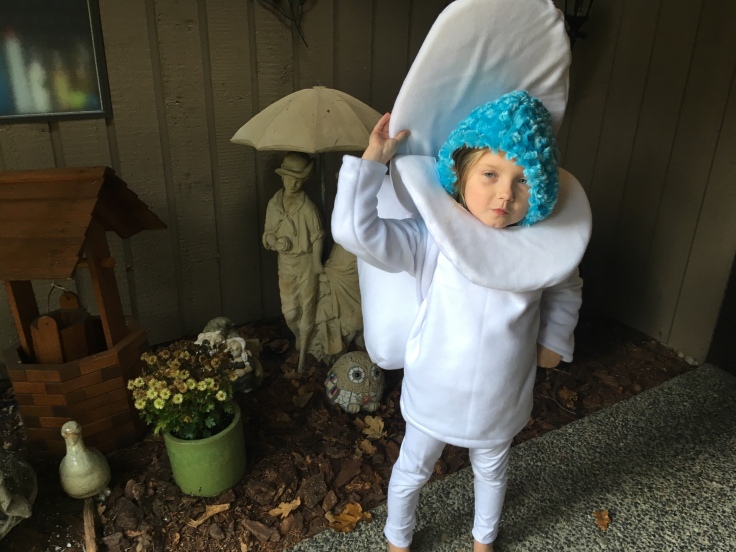 I made the tank from two 20″ squares and boxed the corners for shape. The shoulder straps originally went from top to bottom but it resulted in the tank tipping backwards to much. I considered suggestions of a internal frame, like a hiking backpack, however my designer did not like that suggestion. Stuffing with newspaper was also decreed too loud. Instead I sewed the seat to the straps, tacked the seat to the lid and threaded string through the pillow for support to help keep the pillow closer to her back.

The original request was for a poop emoji hat.

When I made a hoodie using the Mega Max Raglan, she requested a blue hood to be toilet water.

Love how this turned out! And she loves it too! 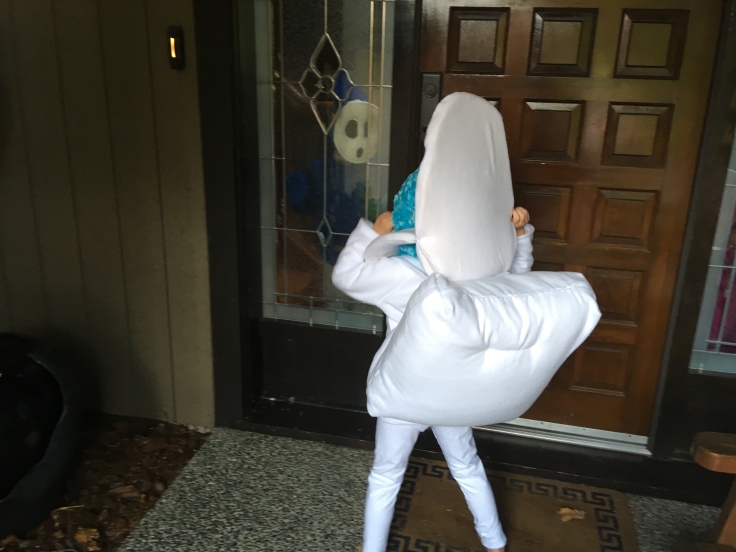 What costumes are you making this year?